Satoshi Accused of Stealing $10bn in BTC From Deceased Partner

Early Bitcoin developer and the unproven mastermind behind blockchain technology itself, Craig S Wright, has been accused of stealing between 550,000 and 1,100,000 Bitcoin from his deceased former partner Dave Kleiman. The lawsuit brought by Dave’s estate also alleges that Craig was responsible for appropriating various intellectual property that was owned by W&K Info Defense Research LLC – a company the pair founded.

The court notes, dated February 14, 2018,  state that Craig and Dave had mined a “vast wealth of bitcoins from 2009 through 2013.” However, Dave’s family were completely unaware of his involvement in the founding of the cryptocurrency at the time.

Following Dave’s death in 2013, Craig is reported to have contacted Ira Kleiman (Dave’s brother) and informed him that the two had been instrumental in creating Bitcoin and that they had mined a substantial number together. He then claimed that Dave had previously signed over all his property to Craig in exchange for a share of an Australian company that he claimed was worth “millions.” This company quickly went bankrupt and left Dave’s estate with nothing.

After later finding various discrepancies in Craig’s story, Ira is seeking to sue Craig over Dave’s missing Bitcoin, along with his share of various intellectual property that Craig has since profited from. The case has been filed by Boies Schiller Flexner LLP.

Craig is accused of replicating Dave’s signature on documents that authorise the transfer of Dave’s assets to Craig. According to the allegations, these documents were created at a later time and backdated to tie in with the story that Dave had indeed signed over the property. The documents in question are: a 2011 contract titled “Intellectual Property License Funding Agreement”, 2012 contract titled “Deed of Loan”, and a 2013 contract titled “Contract for the Sale of Shares of a Company Owning Business”.

However, the court notes report various red flags amongst the documents. The signature used on the contracts bears little to no resemblance to that used by Dave. The document states it is almost identical to a computer generated font called “Otto“. In addition, a “typo” on one of the contracts states the date being 2013. This was crossed out and changed to 2011. Dave was in hospital for most of 2013 and died of MRSA that April. The court notes speculate that the document was created in 2013 rather than 2011.

Adding further suspicion, the clauses in the contract are highly favourable to Craig. Most notable of these was the fact that the transfer was to remain entirely confidential. What’s more, the court notes state that none of the contracts were witnessed or notarised. This is downright bizarre considering the sums of money involved in the transfers, even at 2013 Bitcoin prices.  Finally, it is acknowledged that Craig has a history of backdating documents. Wired report that he created documents to support his original claim that he is the creator of Bitcoin – Satoshi Nakamoto.

Boies Schiller Flexner LLP are yet to explicitly confirm the authenticity of the court notes referenced. However, the case does appear in documents filed with the District Court, S.D. Florida. Craig S. Wright is yet to comment via Twitter or otherwise about the case against him. For now, there is no mention of a date that the case will be heard. 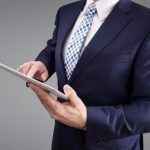 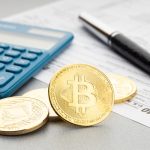